One of my athletes is scheduled for a 10am race wave start at the Ironman 70.3 World Championship in St. George next weekend. The weather forecast is above 100 real feel #heat at that time of day on a hilly course. That is awful. I have been working on updating her with some suggestions that I think go for any hot, hilly, #humid, (late start), race. I wanted to share my advice to her with you.

When racing or training in conditions which you are not used to (not your fault, it is nearly impossible to train for weather that hot) your body will react much differently than you are used to. You simply cannot push yourself to maintain the same intensity in the conditions you were racing in.

Because of the heat/humidity, your #sweatrate probably is a bit higher than normal. By spending time at an increased heart rate versus what your body is used to, this causes sweat rate to be even higher. As time passes with increased sweat rate, you become dehydrated, which decreases blood plasma, basically making your blood thicker and making your body work extra hard for blood flow, preventing your muscles from receiving the proper fluids/nutrients, thus causing cramping. #Cramping sucks! Further, when your body is in distress, it is going to take care of vital organs first, leaving your extremities to fend for themselves.

Regardless of effort or fluid/sodium intake on a day like we are expecting at St. George or any race like this hot or with this late of a start, dehydration is going to happen; it’s just a matter of how quickly. Of everyone that will race, no one will even be close to a PR or even what they would consider a good time for that course. Most will likely say that they went slower on the bike and still had problems on the run.

All in all, I think athletes will have to lower their expectations in terms of effort and pace goals, because of the heat and late start. If you decrease your speed and power output, thus keeping your HR lower, it is likely you will prolong the amount of time to dehydration. You will be more likely able to race feeling ok, but still there is no guarantee you can avoid the inevitable (so just accept it and be conservative!).

Rather than taking this as a time trial race, take this as a training day and a potential learning experience; you have to learn to focus on what your rating of perceived effort RPE (regardless of what HR or power says) is telling you. Temperatures and weather conditions will impact your performance (and it will also hammer most everyone else’s too)- which can be good or bad. Cooler days always made me faster (well before I got that Raynauds)!

Don’t stress about this particular upcoming race as being anything you need to worry about and make things worse. The conditions will be brutal. I had the same sorta things happen to me when I raced in Miami a few years back in 90+ degree heat and 90%+ humidity, and the opposite at 2015 IMMD where I KQ’d with a delay to the start and temps in windy cold 40’s low 50’s.

Extreme weather is one of the most difficult things to adjust for when racing. Likewise for delayed starts. It is very unlikely that many races you do the rest of your life will be this hot, and luckily the shorter the race the less effect severe weather has.

Tips on #Hydration and #Fueling in the heat. Basing this on the science, anecdotal evidence, etc and the general AG athlete that wants to perform well, who is on the average side of size, body comp, sweat and sodium loss. As in all cases, your mileage may vary so go back to what you know works and adjust that based on what you read. Test don’t guess may not be a possibility so be conservative.

I am assuming that you are typical in terms of how much of a salty sweater you are and how much sweat rate you evidence. In my view, sodium (and fluid to keep the flow going!) intake should be increased both before and during hotter races like the upcoming St. George WC. Preload with the SlayRx 6X or something comparable once or twice before the start and by significantly increasing your sodium intake (and fluid!!!) during the race itself. I would do that on course by using packets of the SlayRx 6X Hydrate along side Diesel (equivalent to 6X) or something comparable. These products are at the higher end of supplementation ranges.

If you are typical, then you lose about 1000mg/liter of sweat. Thus, you will want to replace around 60% of what you sweat out on the fluid side AS WELL AS THE sodium side. Meanwhile, up your fluid consumption by around 20% at an extreme race like St. George WC with a late start, which isn’t that much given the heat and hills there. Drink to thirst AND have a plan (set the watch to buzz every 7 miles on the bike) to remind yourself to stay on top of drinking (and fueling)!

Science would recommend that most of you consume around 60 and up to 90g of carb per hour during these ironman or half ironman races. I often see most athletes around 300 cals per hour on the bike and 200 on the run.

I would not recommend doing anything significantly different during the race! Any changes should have been tried out. Although you might think you will get away with it, I’d bet you won’t.

Here, the only change I would recommend more is leaning on fluid foods for fueling (like Diesel) rather than solids but again, don’t make big changes now. You have to train yourself to take in more carbs, especially above 90g per hour.

One thing I would be doing would be preparing for the delay if you are starting later. Normally, I have the same smoothie and maybe big Rice Krispy treat and/or muffin several hours before the race. This delay will mean that you can perhaps spread that pre-race breakfast out or double it, keeping with the concept of higher carb, low fiber, easily digestible foods.

-SLOW DOWN and CHILL OUT (sorry just a reminder). I wrote on my arm SSWTR during hot Ironmans. Slow and steady will win the day on the longer races for the majority of age groupers.

-Making a super concentrated fuel bottle (mixing with water if needed) might be an efficient idea, so you carry less weight on hilly courses. You will need more water on course if so. Practice the water grab!

-I’d be cautious with the protein the morning of a race; I just don’t recommend low carb high protein on race days anymore unless you are well practiced with it.

-You may need to tamp down on caffeine if you are using it on hot days. It is a diuretic and it affects HR and sometimes causes GI issues.

-Pee on the bike if you want to save time! If you are not peeing, you are not drinking enough.

-If you are fast carb fueling, you will need to keep it coming! However, don’t change now. You should practice on longer training days and see how you react before going to something different now.

-I load carbs in early with the pre-race breakfast, sometimes 4-5 hours before the race start but I tried it a lot and it worked. Again, try it before you use it on race day.

-On my best days, I went to coke and red bull midway-ish on the run and stuck with it to the end. The elixirs!

There are plenty of professional and AG athletes sharing their fueling and hydration plans and post-how analyses nowadays. We can easily find them for you but more importantly, figure out what works for you, not them!

As some of you have noticed or are still learning, nutrition is huge when it comes to training and more importantly racing (use in training what you plan to use on race day). It’s something in the past I have left up to the athlete to decide, but in the future it’s something we all can focus on more. So please log it in your key workouts and if you need/want idea’s then let’s talk or get you with a sports RD! The sooner you can figure out your fueling and hydration plan the better because you have more time to practice.

Thanks and good luck Slaying!

Dr. Harvey Gayer is Based in Athens, Georgia, but coaches throughout the world. He is the head coach of TriCoach Georgia and a multiple year USAT All-American/2014 Worlds 70.3 Qualifier and 2016 Kona Ironman World Championship Qualifier. He is also a licensed psychologist specializing in clinical psychology, a USA Triathlon Level 2 Endurance Coach, Slowtwitch Certified Coach, a Road Runners Club of America Certified Coach, and a USA Triathlon Youth & Junior certified coach. He specializes in weight loss and training and racing. 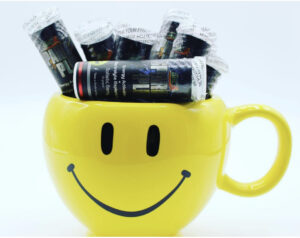 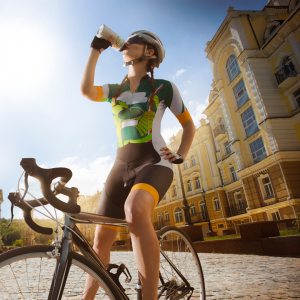 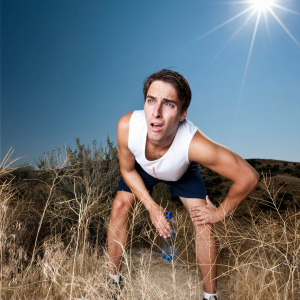 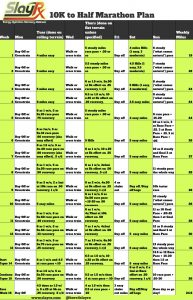